DakshinaChitra is an exciting cross cultural living museum of art, architecture, lifestyles, crafts and performing arts of South India. The main mission is to exhibit, promote and preserve aspects of the broader, more inclusive cultures of the states and to bring these arts to the public in a participative, enjoyable and engaging way. DakshinaChitra Heritage Museum , a project of Madras Craft Foundation an NGO was opened to the public on December 14th 1996. The Museum is located overlooking the Bay of Bengal, at Muttukadu, twenty five kilometers south of Central Chennai, on the East Coast Road to Mamallapuram, Tamil Nadu, India.

DakshinaChitra has a collection of 18 authentic historical houses with contextual exhibitions in each house. All the houses bought and reconstructed at DakshinaChitra had been given for demolition by their owners. The authentic homes in a regional vernacular style are purchased, taken down, transported and reconstructed by artisans Stapathis of the regions from where the houses came

The complex brings together old buildings that have been transplanted from other sites, to give an idea of vernacular architecture and forms of community living from southern states namely Tamil Nadu, Andhra Pradesh, Karnataka and Kerala. It has zones devoted to these four southern states. The architecture is not grandiose, and is not folk either, this is mostly urban middle class traditional architecture, which means it is a complex that eschews spectacle and grand scale, as well as ethnography.

Conducting is a wedding is a mammoth job. Ask those who have done it. We at MC, endeavor to share our thoughts and experiences to make your wedding better and memorable. We welcome you to join in the discussion. 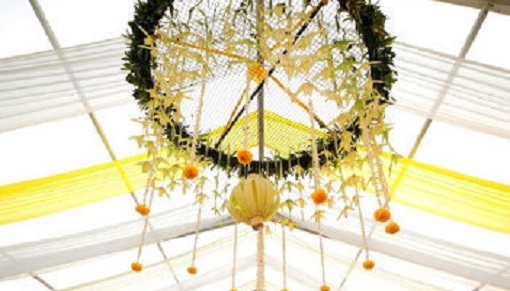 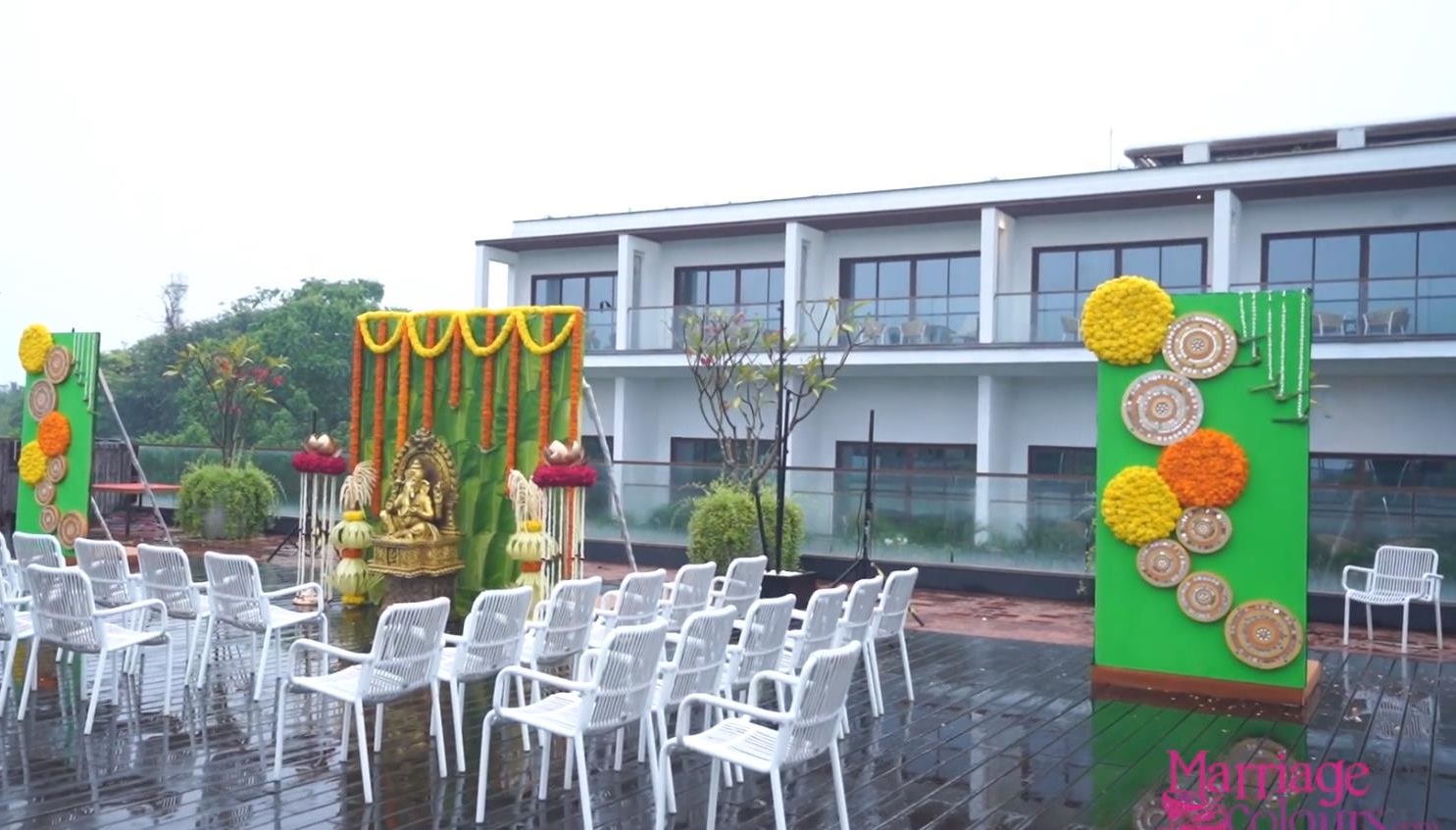 Engagement Party Decorations|Flower Decorations For Engagement The engagement party decorations were initially installed at Pelican deck at Sheraton Grand, ECR, which is just a few kilometers from Kovalam. S 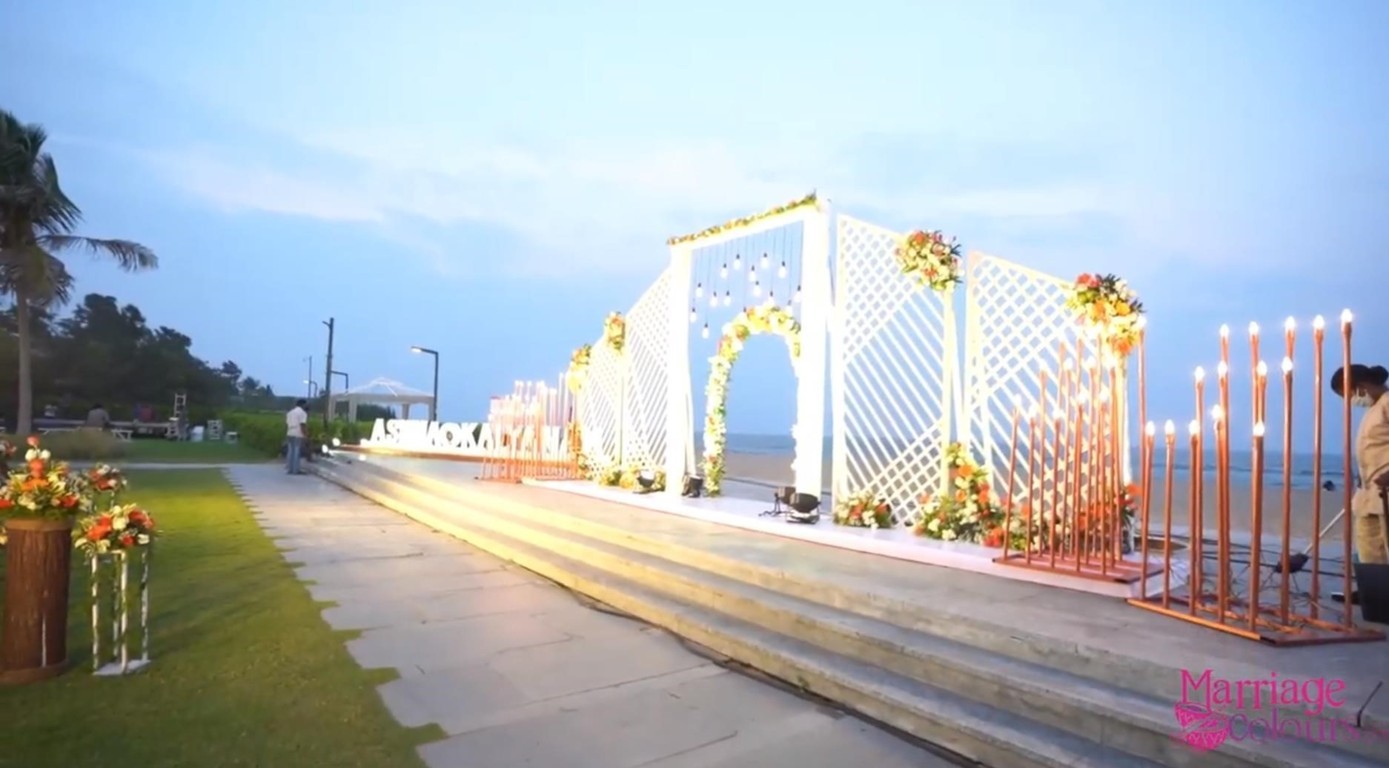 Reception Decor | Beach Wedding Reception The reception decor for our beach wedding reception was a unique one. Once you enter the Sheraton Grand Chennai and have crossed the majestic buffaloes, you are in dialogue wit 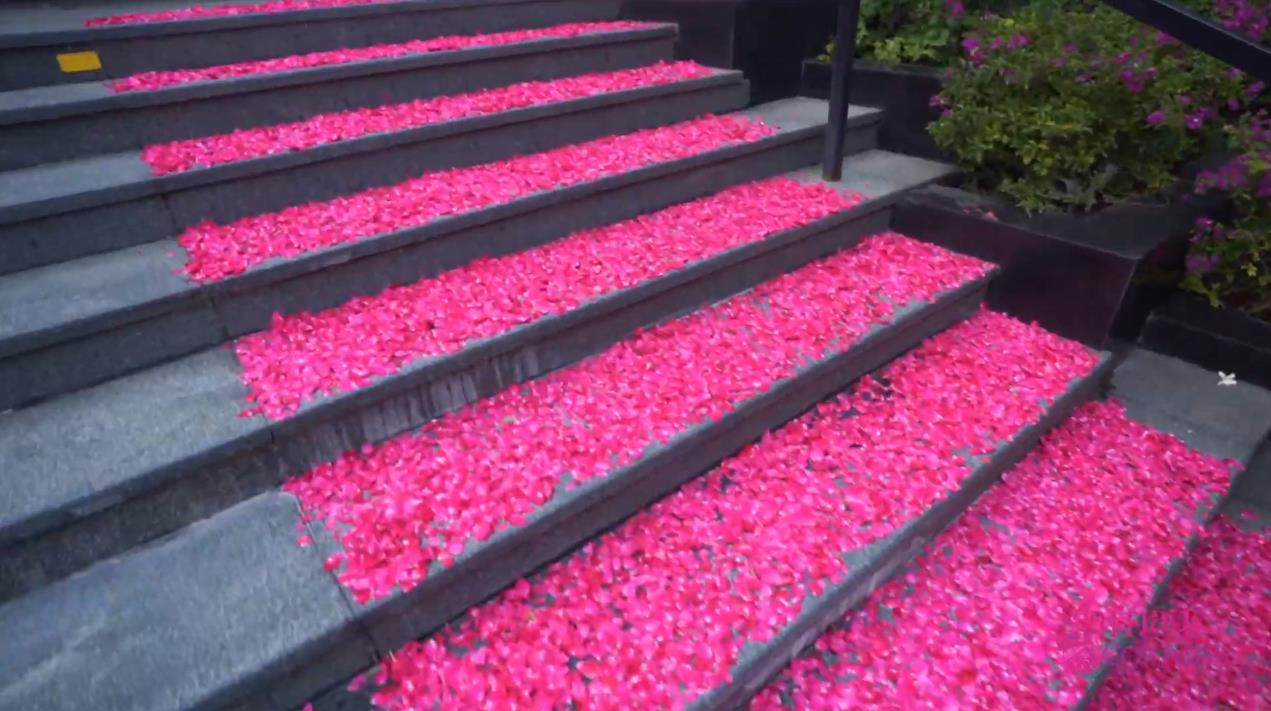 Sangeet Decor It may not be a typical sangeet decor at first glance. Outdoor sangeet decorations are always a notch above. But, when it is a beach sangeet like this one, it is also dependent on the vagaries of nature, such as a sudden 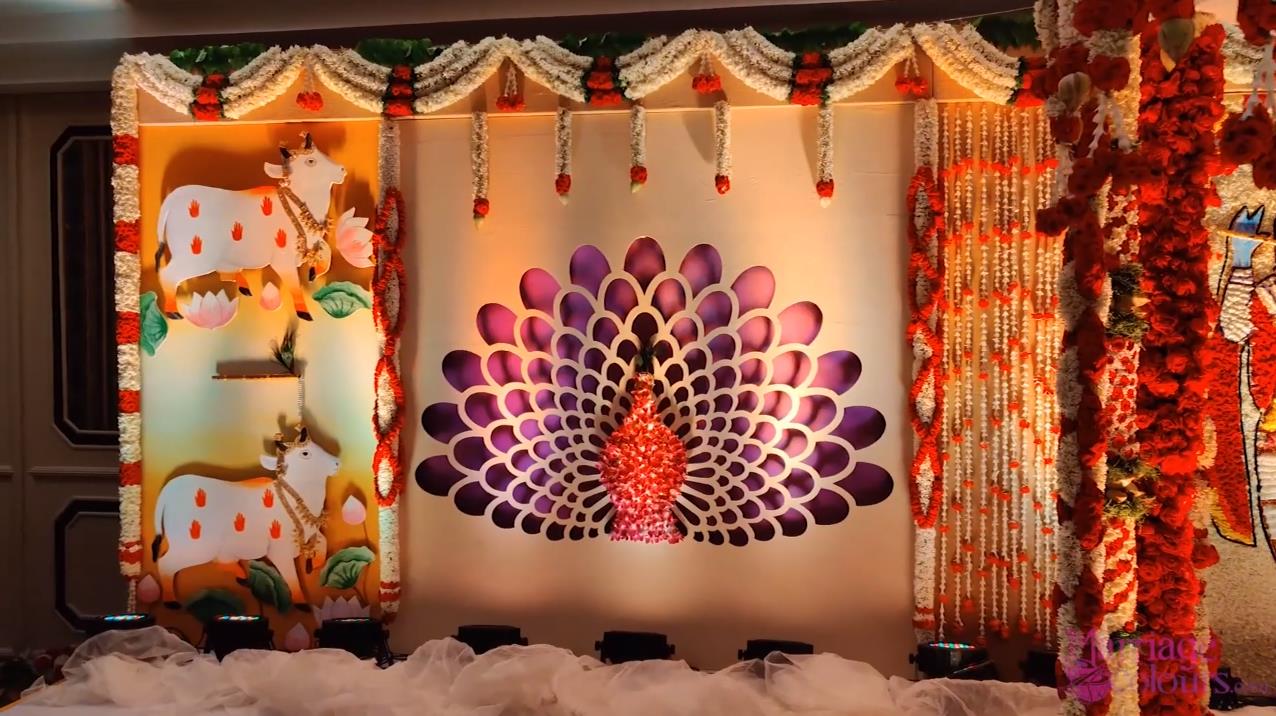 Pichwai art It was a unique pichwai painting decor; and the Radha Krishna decor. Unique because pichwai art is not much heard in this part of the country. Pichwai art is a new attempt over here and the folks q 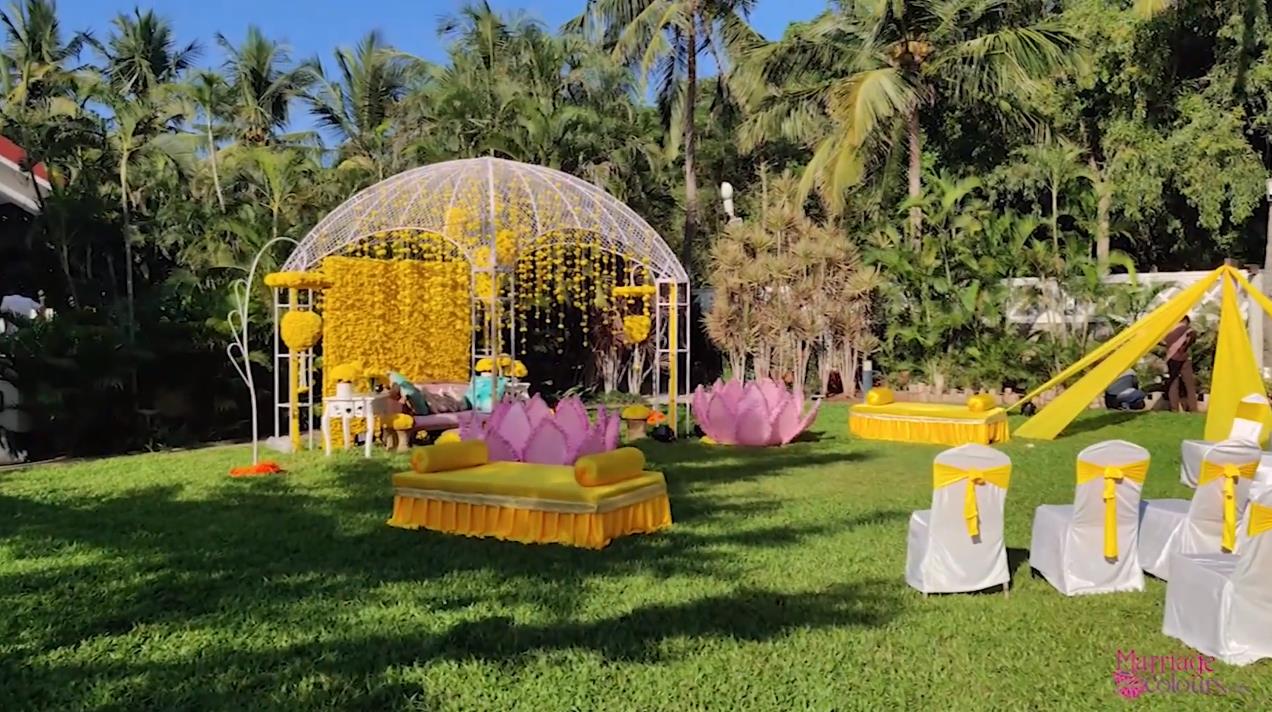 Mehndi Decoration Our haldi decoration or the Haldi Mehndi decor, to be precise, at the Royal Palms Chennai, begins with the upright floral bouquets at the start. Yellow Theme Decoration It was a yellow theme decoratio 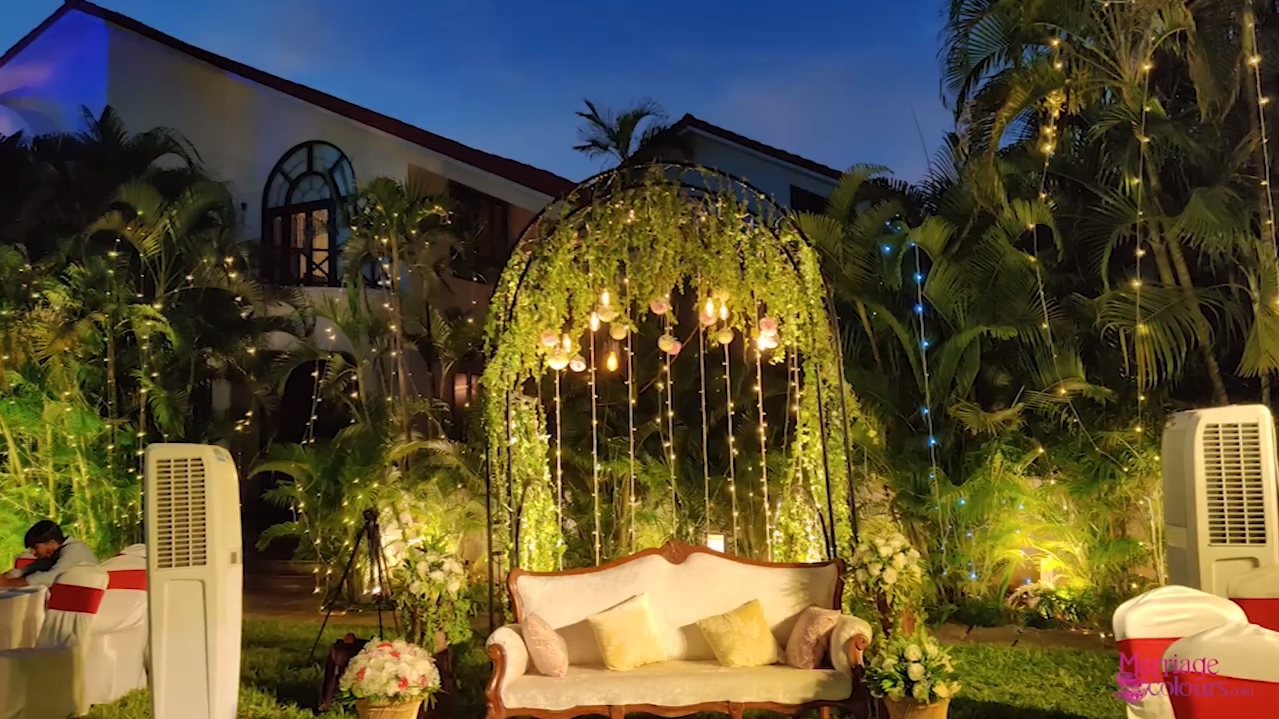 Sangeet decorations are one of our specialties. In this special wedding sangeet at Royal Palms Chennai, we had unique decorations in place; like this diamond cut grilled backdrop, which was kept see through as it will blend with the ambience. 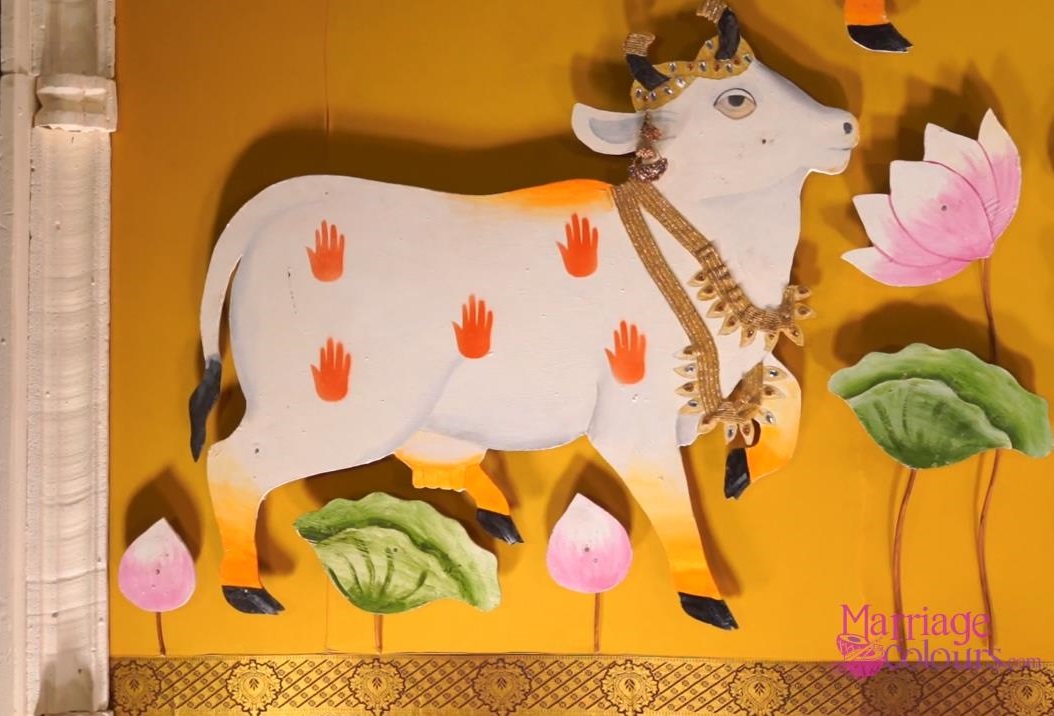 Presenting the unique pichwai art and the pichwai cow for you. The decor begins with colourful pots expelling a flow of marigold streams; Golden lotuses with red rose floral decorations follow. Pichwai Cow You cannnot mis 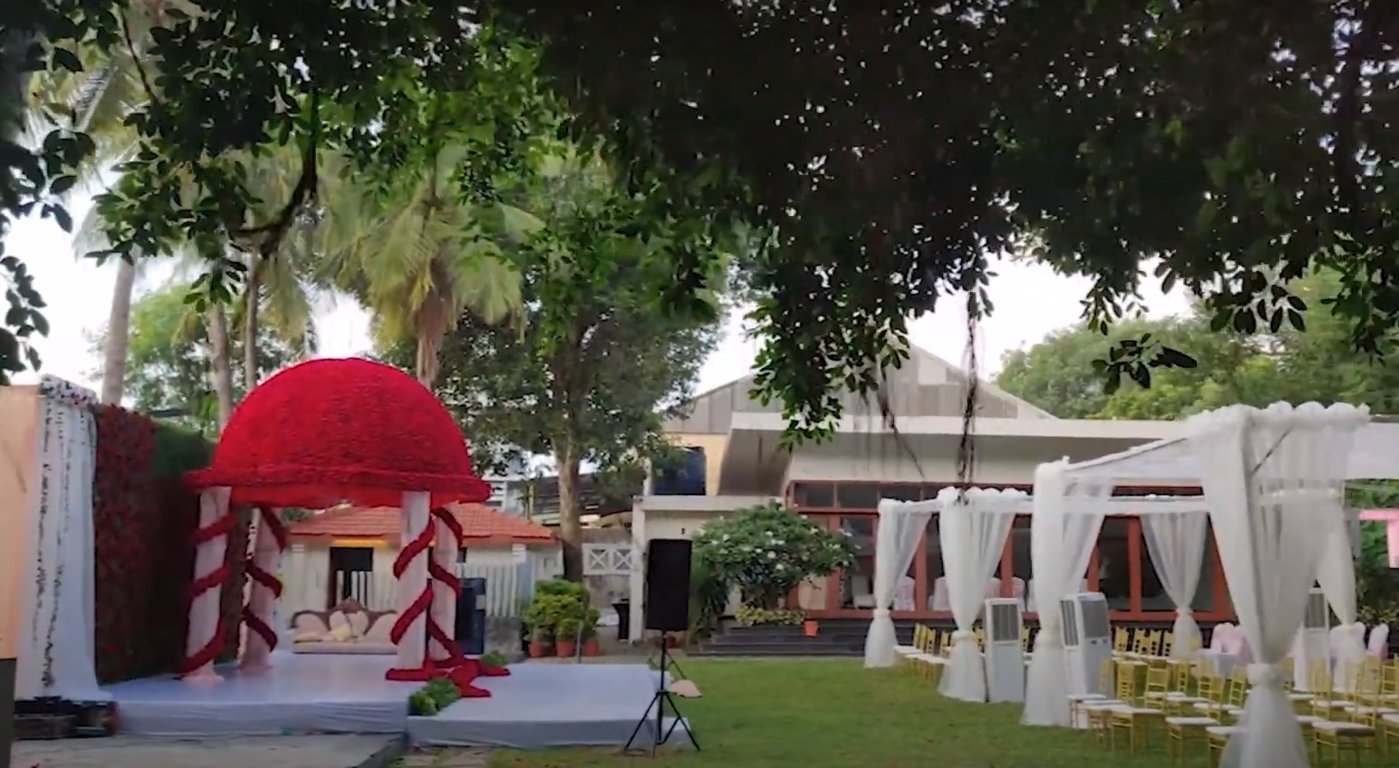 Lawn Decor Roses have always been a symbol of love and closeness. Here, the rose decor and the floral wall were the highlights, with added bird cage decorative hangings and silky cloth curtains completing the lawn decor set up.

Traditional Wedding with Contemporary Decor at Miththam The wishing tree of Marriage Colours goes to Miththam. This is the this time we are installing this beautiful decor. It was earlier installed a couple of years ago